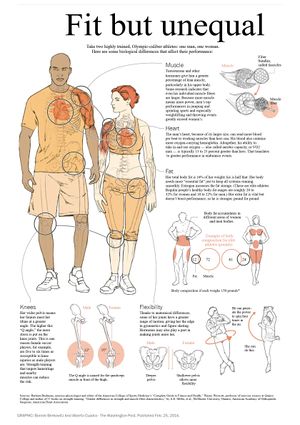 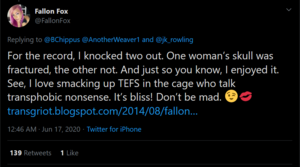 In June 2020, during debates spurred after J.K. Rowling's criticism of the transgender movement, Fallon Fox tweeted about the event: "I knocked two out. One woman’s skull was fractured, the other not. And just so you know, I enjoyed it. See, I love smacking up TEFS in the cage who talk transphobic nonsense. It’s bliss! Don’t be mad. 😉"[11]