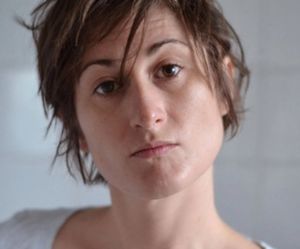 Magdalen Berns (6 May 1983 – 13 September 2019)[1] was a British software developer and YouTuber. Berns, a lesbian and radical feminist, came to prominence as a result of a series of YouTube vlogs focusing on lesbian politics, free speech, women's sex-based rights and the gender identity debate.[2]

Berns attended the University of Edinburgh, where she was a recipient of a Doris Gray Scholarship Award.[3]

In 2013–2014, she participated in the Google Summer of Code programme,[4] working on implementing the FFTW3 software library for the Ruby programming language.[5] She went on to join the GNOME Foundation as a software developer.[6] She developed the Java ATK Wrapper, a module to translate Swing (Java) events for the Accessibility Toolkit.[7]

Berns' statement that "there's no such thing as a lesbian with a penis" made her well-known, as well as her opposition to the "cotton ceiling”, a term coined by Canadian transwoman and activist Drew DeVeaux, which refers to the perceived injustice of lesbians not wanting to have sex with transwomen.[8][9]

Berns was slurred by trans activists as a trans-exclusionary radical feminist, and has stated that it was this accusation that first led her to research radical feminism. She was also known for her arguments against the concepts of gender self-identification and gender itself. Speaking on the subject of gender and sexuality, Berns stated: "You don’t get ‘assigned’ reproductive organs.....males are defined by their biological sex organs. Likewise, homosexuals are people who are attracted to the same biological sex.”[10] In June 2019, British author J.K. Rowling (of Harry Potter fame) followed Magdalen Berns on Twitter, bringing her more visibility and prompting criticism towards Rowling from trans activists.[11][12] Berns was labelled a transphobe and a self-professed transphobe.[13][14] In August 2019, Dr. Rachel McKinnon of the College of Charleston attracted criticism after describing the celebration of Berns' impending death as "ethically justified" in light of Berns' positions on gender.[15]

Berns was diagnosed with a glioblastoma (aggressive brain cancer) in 2018.[16] Notably, Irish comedy writer Graham Linehan voiced vocal support for Berns on Twitter and other platforms,[17] and visited her in palliative care. She was also visited by fellow radical feminist activists Julie Bindel[18] and Rachel Moran.[19] She died on 13 September 2019, aged 36 in Edinburgh.[20]